There are a multitude of known Archangels. We discuss the best-known and some features that will help you get in touch with them and understand them. The Archangels are chosen as part of the Divine Hierarchy, each having different responsibilities given by God to fulfill the divine plan. 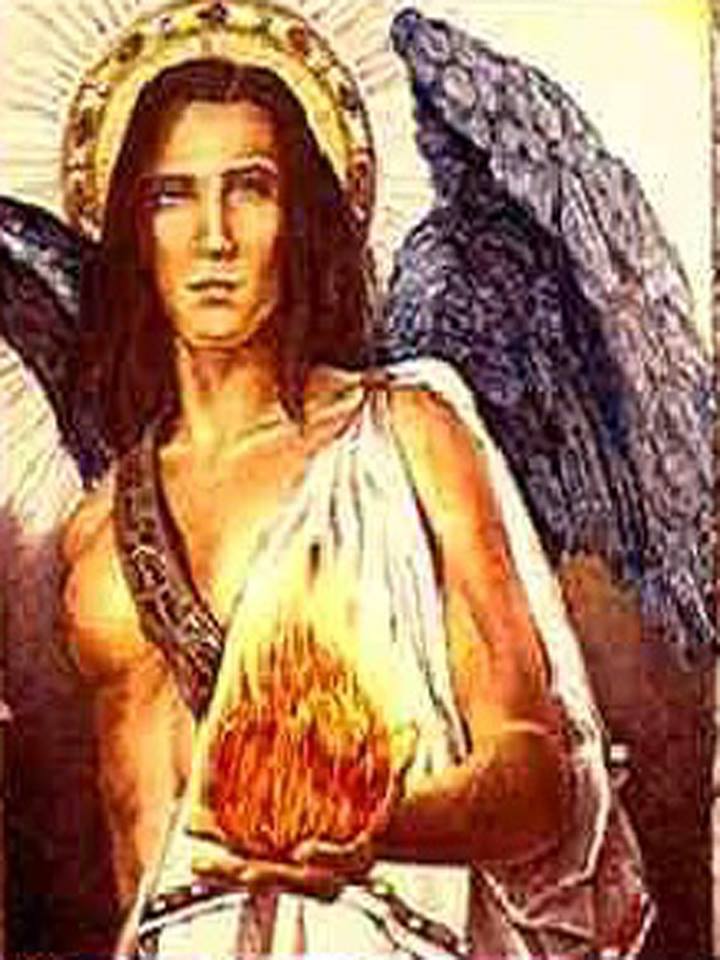 Also called the Fire of God that brings the prophetic information. It has cleansing capabilities especially at the level of the first chakra. It helps us forgive the past and get in peace with the present by burning selfishness and the fears set at the base of the first chakra. He also has the power to turn lead into gold at the alchemy spirit level. So he helps us transform the pains and fears of the first chakra into light and understanding. 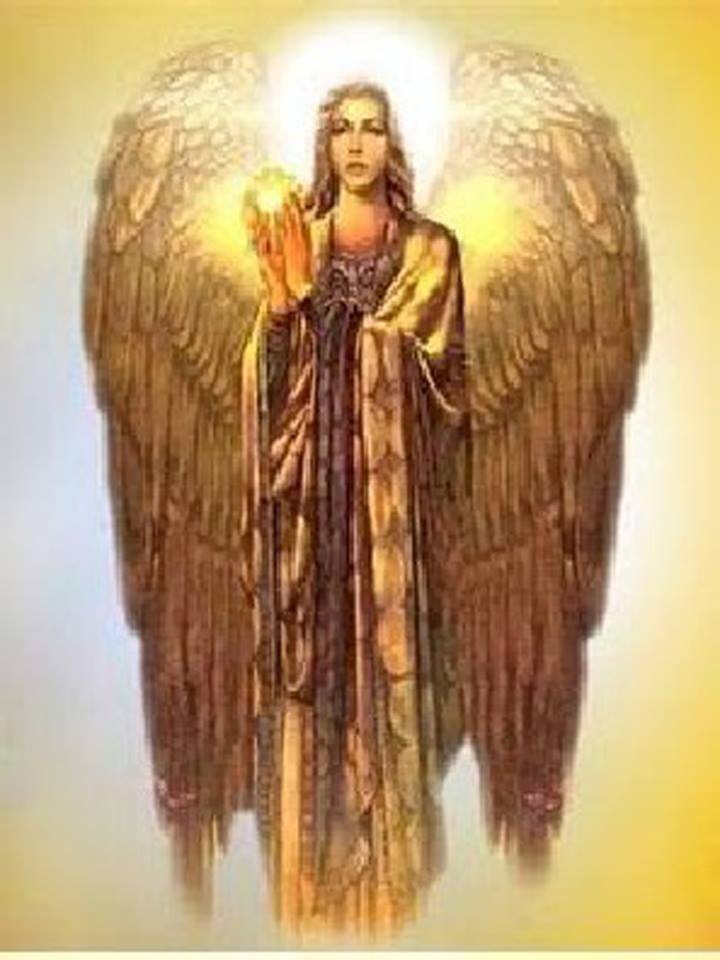 It’s the Archangel who keeps the tree of life. He is also told at the esoteric level that he led Adam and Eve out of heaven after biting the forbidden fruit. It is also called the Beauty of God or His Contemplation. Transform human feelings into higher spiritual attitudes. Like ignorance and pride in truth and wisdom. She is the patron of beauty art and is associated with Chakra 2. So it helps us with our needs of Chakra 2. Like Relationship, Justice, Balance, Justice, Harmony. 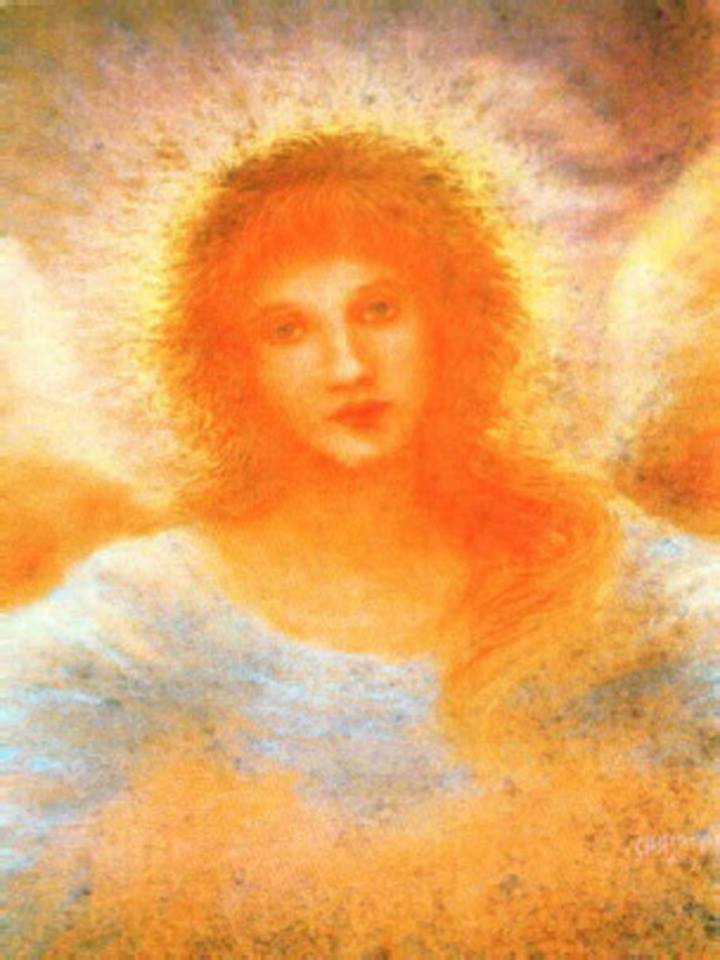 Named Him who sees God and worship Him. Anchors in man the divine love for God. So they make us grateful for the data received from God. It helps us find the goal in life. It is the guide to our way into the Light. He also helps the karmic echulibrariel necessary for evolution and the existential plan. Patronize the sub-militant chakra. 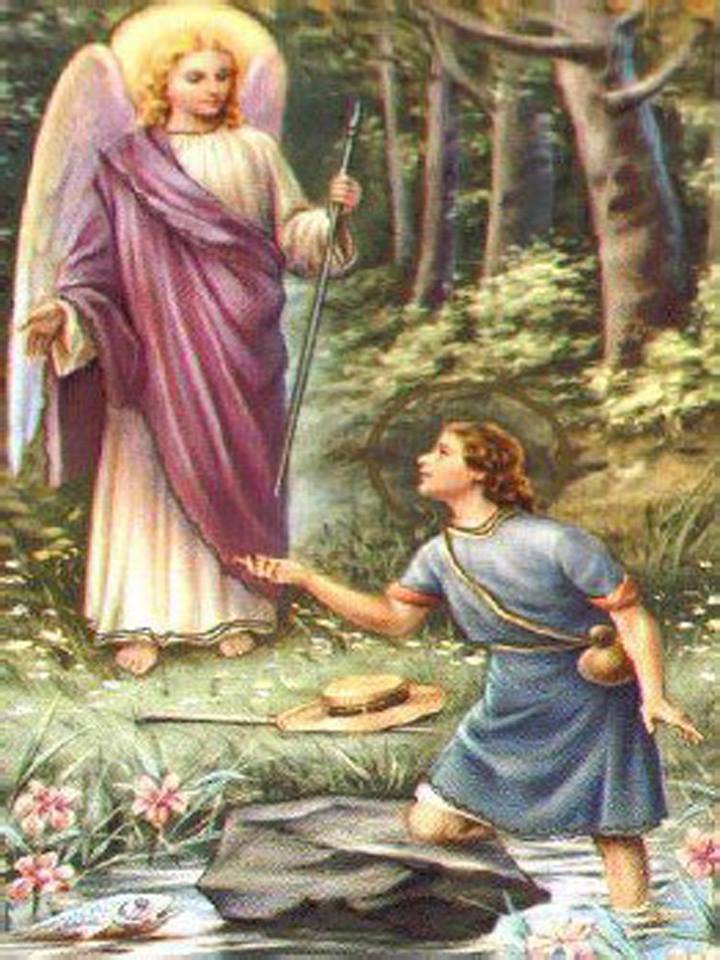 Raphael is responsible for most of the healing being seen in the green most of the time. He is the one we associate with the heart chakra and unconditional love. The guardian of all human impotence. His name also translates into healing. 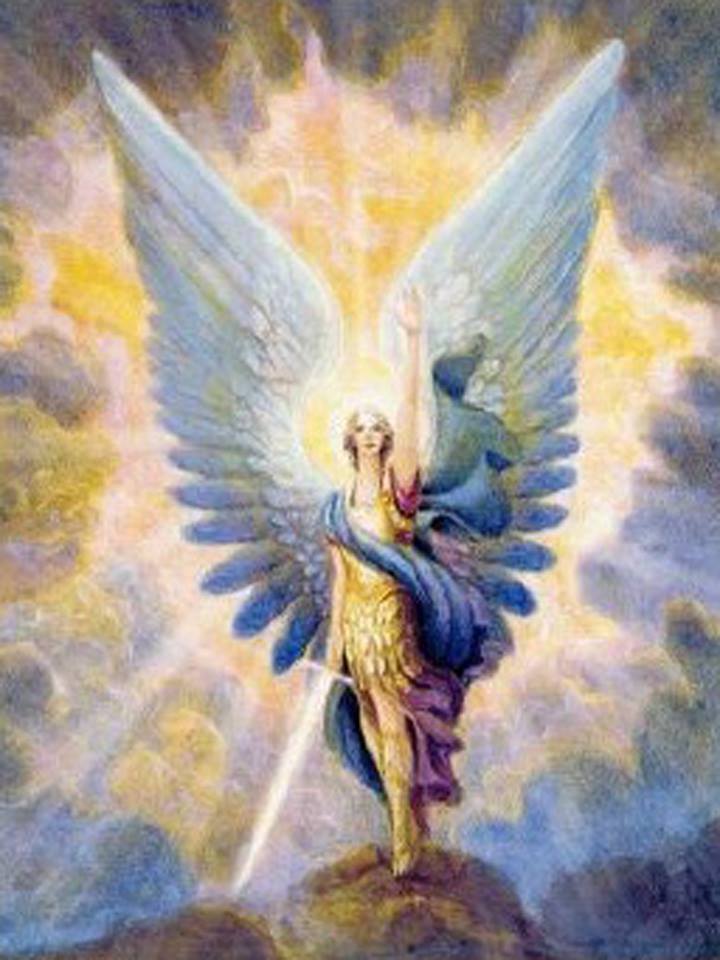 One of Mihail’s primordial characteristics is to lead the spirits in the world they belong to. For example, a wandering spirit who possessed someone, we call Archangel Michael and he knows where I am and where to go. His name also signifies the right judgment. We associate him with Chakra 5. 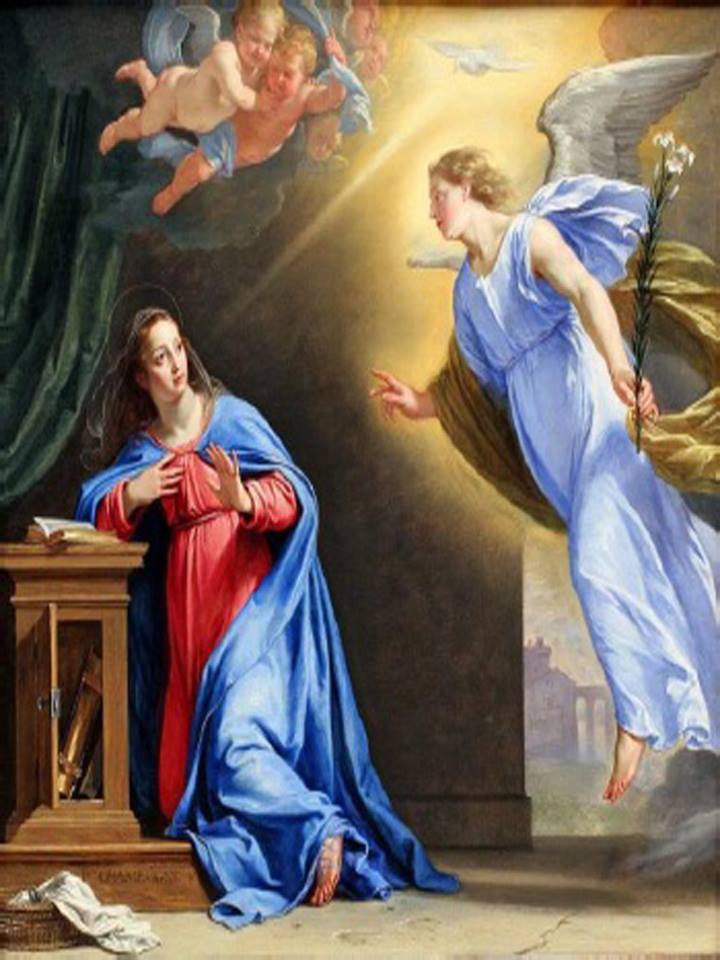 His name actually means Strong Man being a shortcut from Elohim, God. He is also called the Man of God. Gabriel usually brings the news from the highest spheres here on earth. Patrate the Third Eye Chakra. 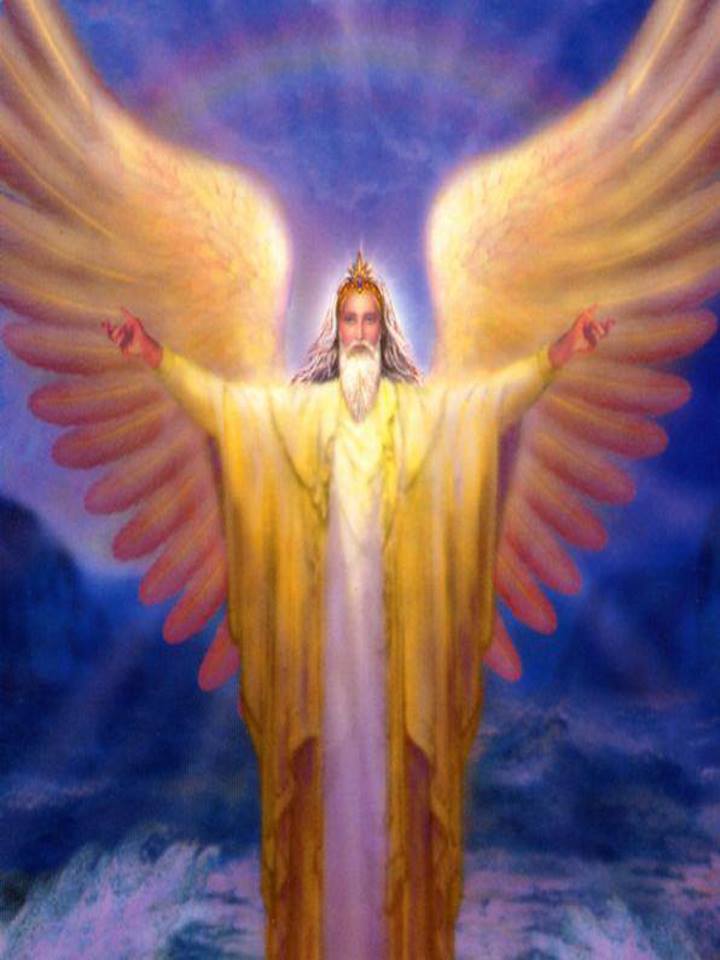 Divine Justice. It is intimate with forgiveness. It helps us to see justice around us by forgiving others and ours. To see the middle way and how things really are. It is associated with Chakrei Sahasrara and also signifies Purity. 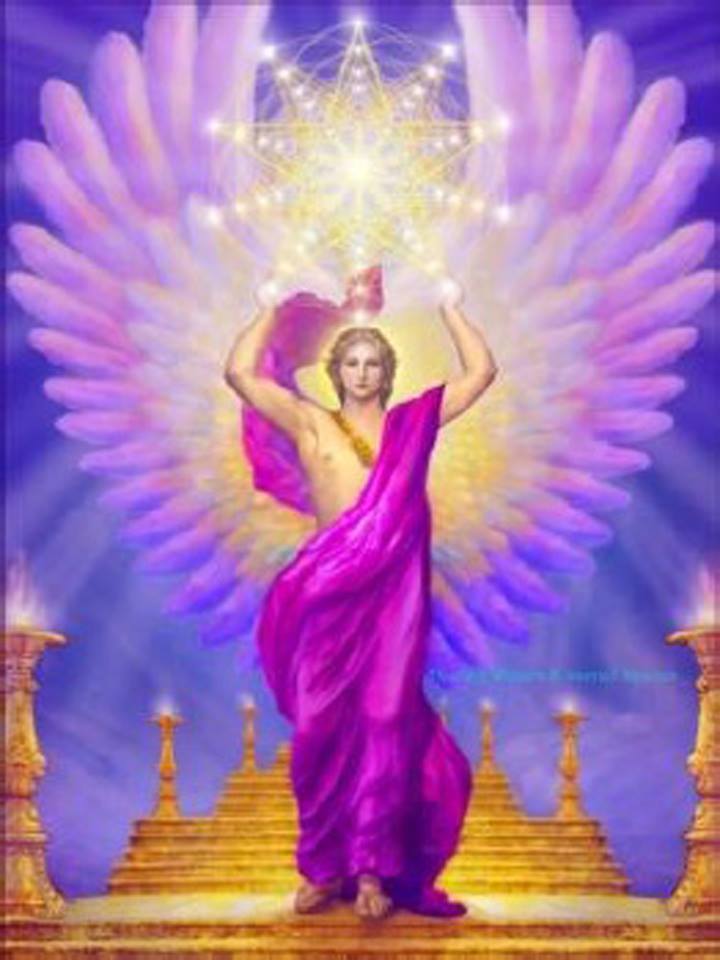 There is much to say about Metatron. You will really notice it by the sense of humor it has. It also helps us to see in the future on our existential plan and beyond. It is also recognized as an ancient Enoch. Well-behaved is divided into several souls. We know Metatron’s cube from which this universe was built. He is also known as the scribe of God and the Head of Angels. It is represented as keeping Akasha in everything that is happening. 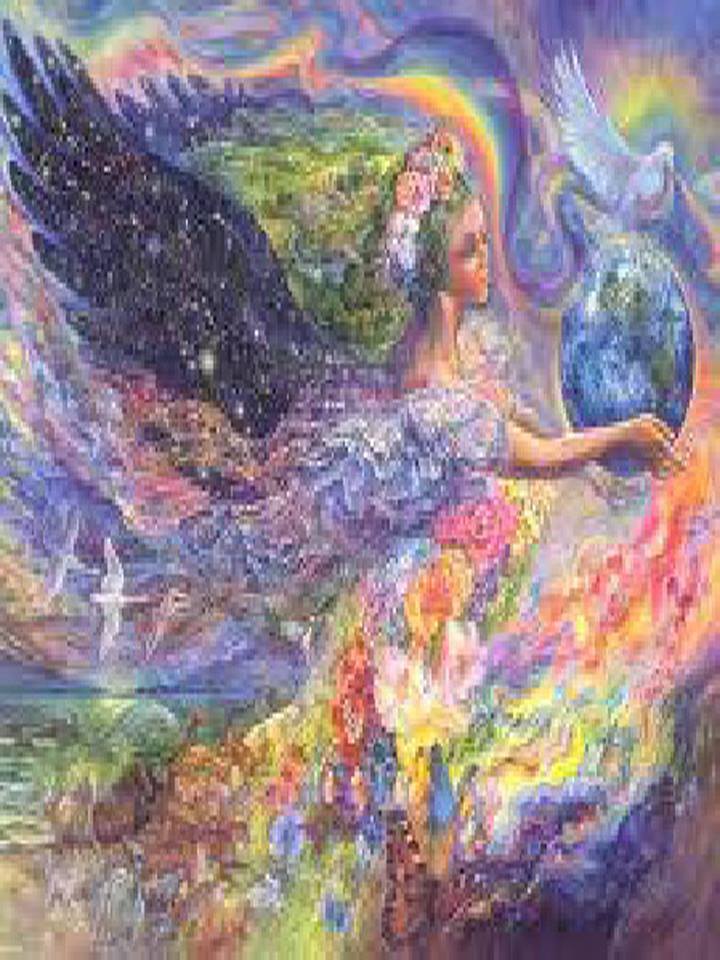 An angel of nature that governs the realm of the elements. Zane, elbows, elves, nymphs and so on. Ariel can bring you more easily into contact with nature and Mother Earth. He can teach you what respect for Mother Earth means. It also helps us to understand the natural rims of Earth. In order to get into the relationship with animals and with nature, Ariel is one of the most capable beings to learn how. 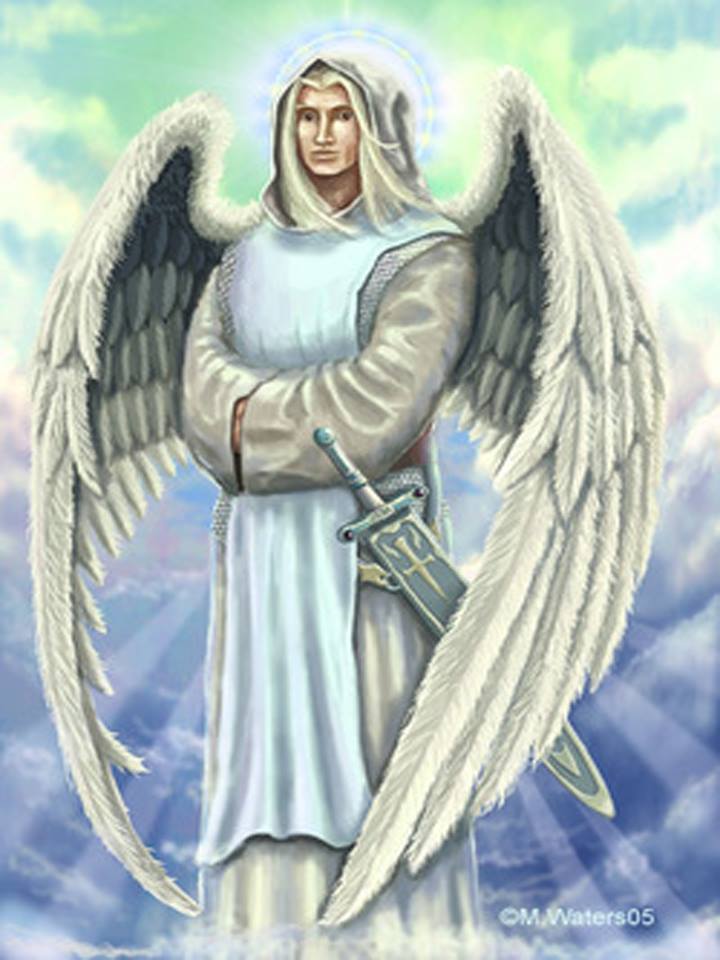 It is he who comes before the Death of man to help him go to the next level. Through it people can easily make the transition from this life to the next. It is he who breaks the cord and helps the spirit to take the next step. He is also called the Angel of Death. 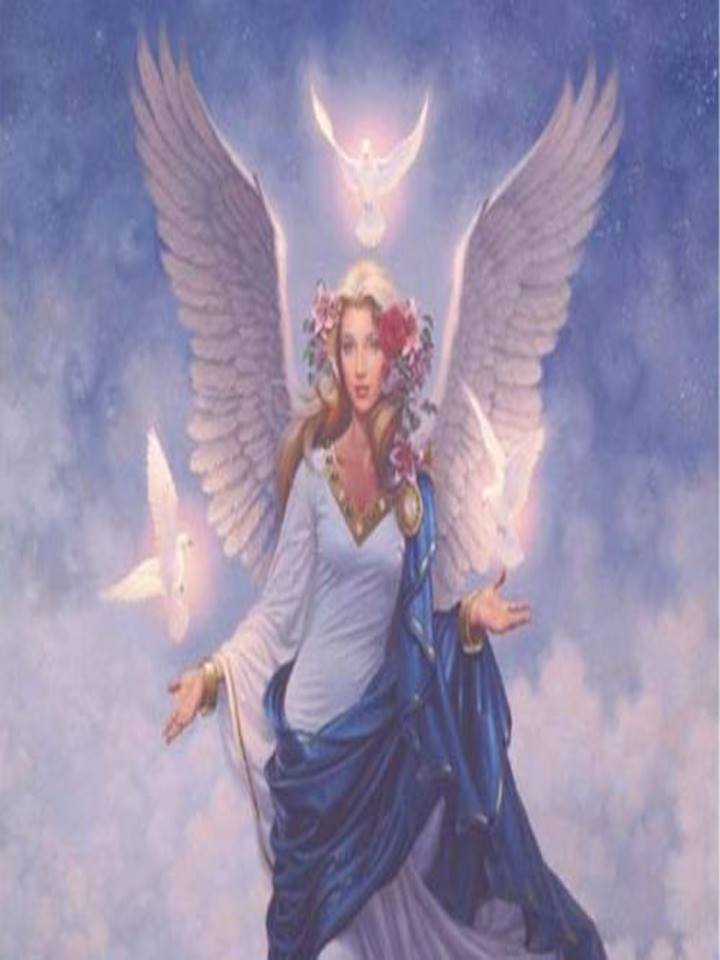 Haniel or the Glory of God. Symbol of God’s Faith and Eye. He is one of the Archangels that guides us towards our enlightenment. It shows us the way and the way forward. He comes to us with a kind of knowledge necessary for our evolution. It is easier for us to decipher certain divine messages that we do not fully understand. 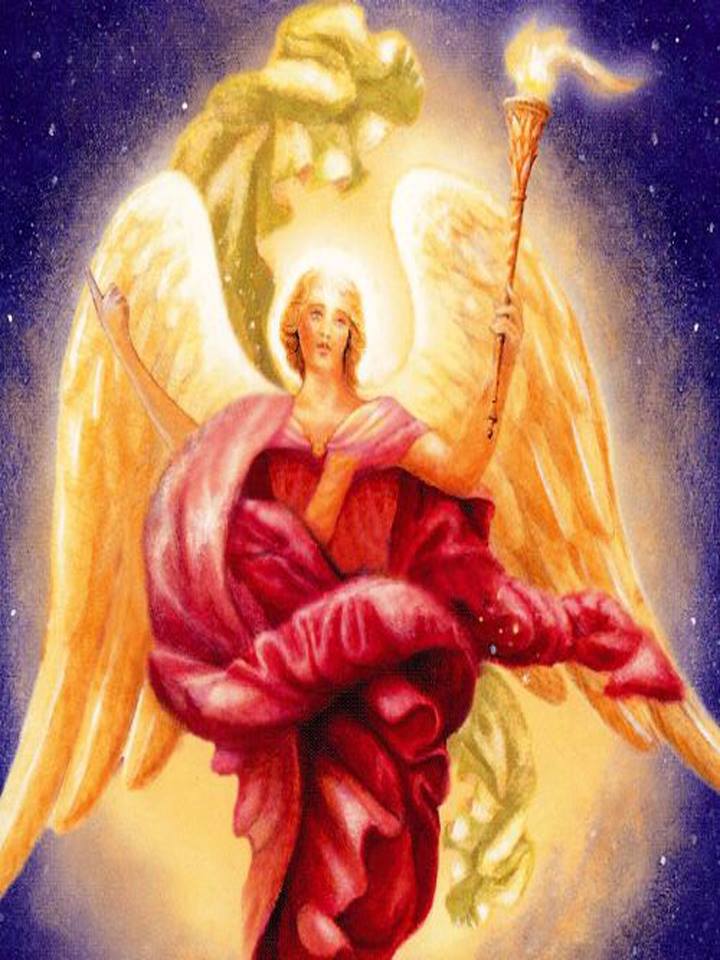 Compassion of God. Guide to godly souls. Help souls assess their spiritual past and evolution. It also shows you what you did well and what you did wrong to correct and have a better run ahead. 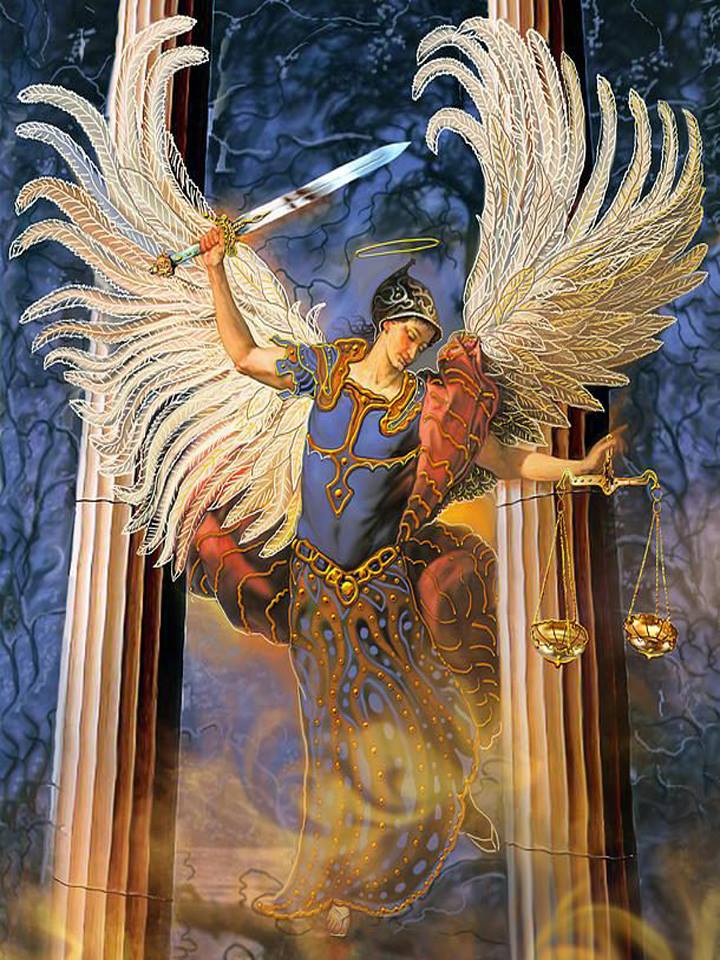 God’s friend. He is a kind of Supervisor who oversees everything to be done according to the divine plan. Recognized as a good friend who always helps you and helps you resolve your disputes of any kind. It gives you an energy of optimism through the enthusiasm that it offers you. 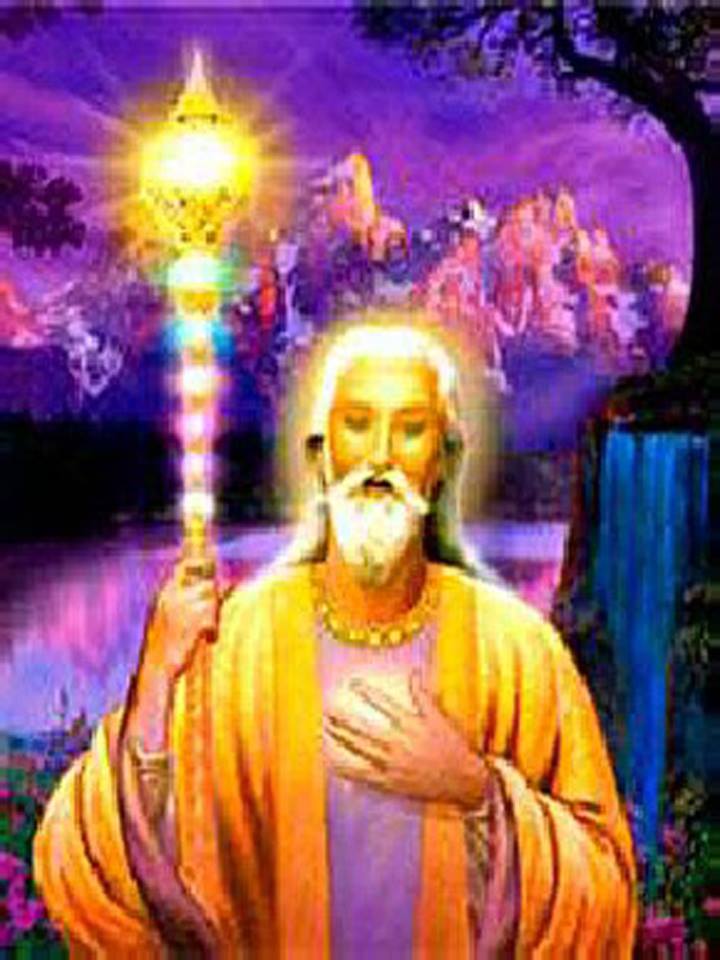 Raziel is also called the Secret of God as the keeper of the original essence. He is the one who knows the secrets of the universe and its way of functioning. To him we find the knowledge of life, its codes and its mysteries. 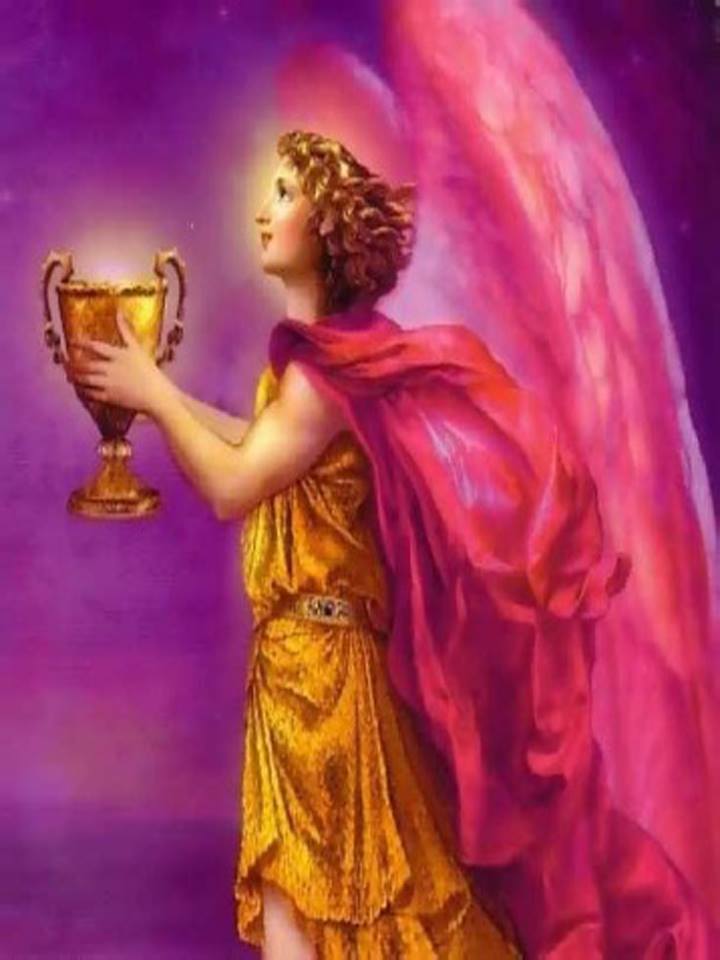 Sandalfon, the one who was walking in sandals. He is also called the twin brother of Archangel Metatron. Metatron being the sky and Sandalfon the Earth. It is also said that Sandalfon has a resonance with Prophet Elijah and Metatron with Enoch. Sandalphone is also mentioned as a master of music and earthmoving. The life of plenty and harmony here on earth. One of his writings is to bring God’s prayers to God. 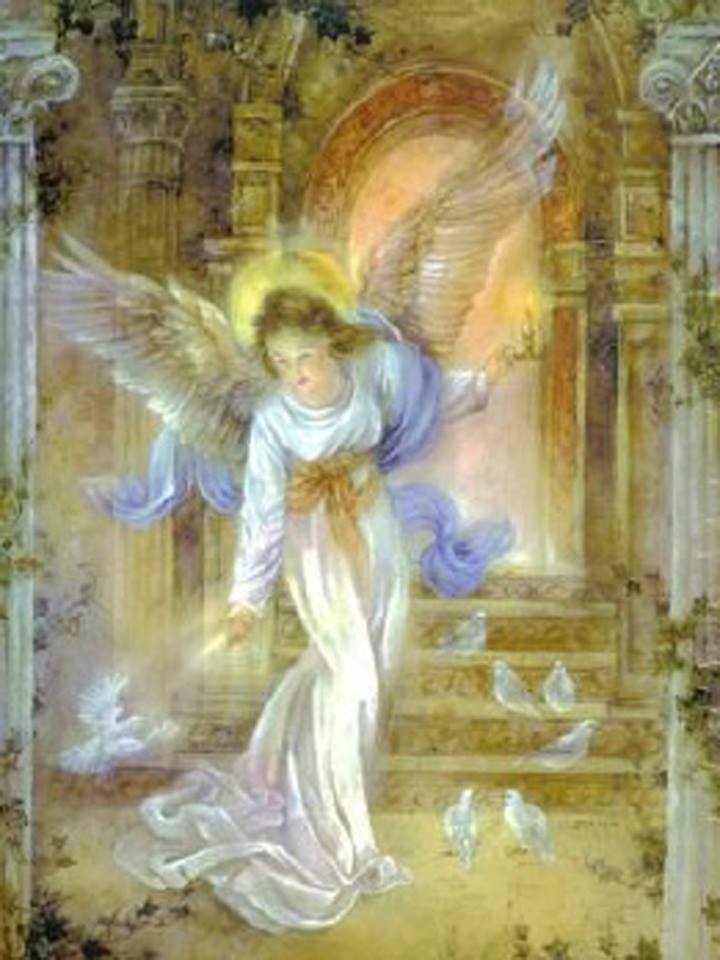 She owns the Diamond and purity. The one who makes the transition from one dimension to another. Who weighs if you’re ready or not. He is one of the angels who have the responsibilities to maintain the good evolution of man. So he is a very good spiritual guide to enlightenment and innocence. Through Zafarel we can know the state of union with God.

We have provided some general information about some of the most important Archangels known here on Earth. As I mentioned their number in existence is far beyond what we can imagine. To get to know each one better, you need to get in touch with them.

Whoever wishes to come into contact with them, we recommend that they make Meditation to enter the Sacred Space of Heart. There everyone can ask one of the Archangels to come and help him with what he needs. If meditation is done correctly and you are in agreement with yourself and in synchronicity, then you have no way of failing.